This promises to be an amazing display as always. But don’t forget it may not be all that much fun for your four-legged companions.

It is best to secure your pets inside your home with food, water and soft background noise. Close windows and doors and draw the curtains. Leave a shirt or jumper for a comforting scent. 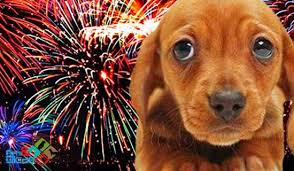 The Nameless Festival is proud of its long partnership with Cardile Fireworks, to deliver our annual fireworks display.

Acknowledged as the State’s pacesetter in pyrotechnics achievement over the past eighty years, Cardile Fireworks are WA’s leading licensed fireworks company.

Managing Director Rob Cardile’s Grandfather, Gaetano Cardile, emigrated from Italy to Western Australia in 1909, and brought with him a vast knowledge of pyrotechnical skills and artistry. It was knowledge he’d gained from his father, Carmelo Cardile, who founded the original Cardile Fireworks in 1890.

The Cardile name was well entrenched in southern Europe when Gaetano decided to seek opportunity and recognition in far distant Australia. Arriving in Perth, he quickly opened a modest fireworks factory in Osborne Park, and so began what was to become Western Australia’s most successful pyrotechnics company.

It wasn’t always smooth sailing for the fledgling firm. Shortly after arriving in Australia, Gaetano, like so many others at the time, found himself caught in the grip of the Great Depression. Despite the terrible hardships of that time, Gaetano never lost sight of his dream. Cardile Fireworks survived, and with a lot of hard work and dedication to the task, it prospered.

Like his father and grandfather before him, Rob Cardile had from a very early age that same fascination with fireworks. By the time he was thirteen, Rob already was heavily involved in mixing chemicals and powders for the company’s fireworks, learning all that he could from his father, Jim Cardile.

Rob and his father Jim work endlessly all year round, striving to keep Cardile Fireworks the leader in its field. Today, Rob’s son Jimmy is also deeply involved, and he too learned the unique skills from his Father and Grandfather in the family’s traditional way.